Since a young age I knew I wanted to be a chef. The opportunities I had during my infancy to visit a few restaurants and the culture I was shown at home—at the table and during meals—set the course for my future. In the chef I saw a professional with power, who seduces the palate and the heart, and what is most evident, makes people happy. 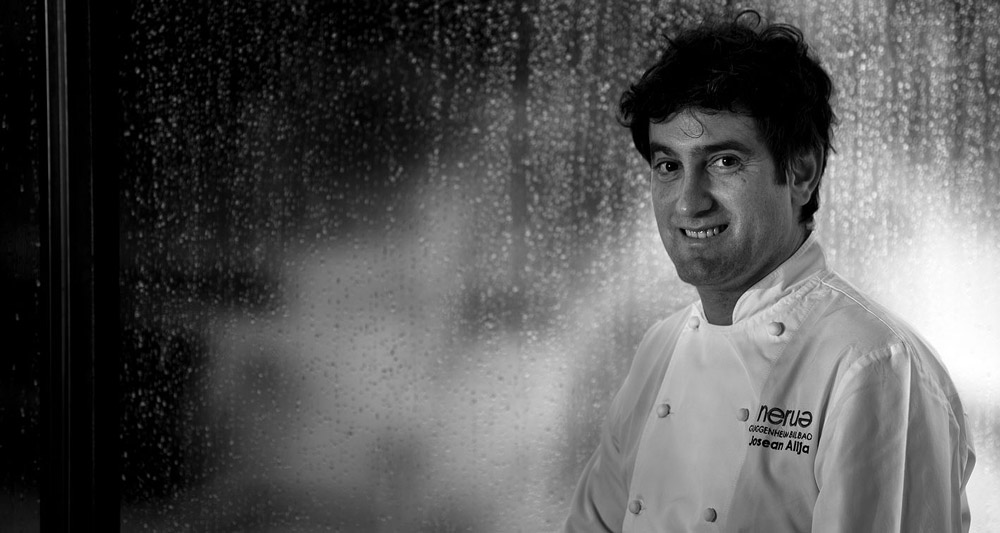 So at the age of 14 I started studying at the Leioa School of Hotel and Restaurant Management and was one of the youngest pupils in my year. Three years later I started my professional career.

I learned Basque cuisine at traditional restaurants and worked in several avant-garde kitchens, with the aim of forming some criteria that could help me to create a personal style, a long path. My cuisine represents all those things that excite me and I show them through the products from my environment and through the flavors of memory. I share my experience by developing a personal language to create pleasure and happiness.

Paths are full of coincidences. And one of them was that I crossed paths with Bixente Arrieta. He gave me the opportunity to take on a beautiful project, and over the years, he has given me the confidence to develop it. Without his support the personal and professional development that I have gone through would not have been possible. It is essential to have a voice that helps you to think, to keep your feet on the ground…

I started working in the kitchens of the Guggenheim Museum Bilbao in late 1998. But in the year 2000, when my cuisine was starting to take shape, a motorcycle accident left me in a coma for 21 days, on the brink of death. I awoke, but without the senses of taste nor smell, the essential tools of any chef. I had to learn how to taste things again, to recognize flavors and aromas.

When I was still recovering from the consequences of the accident, I decided to take part in the Best Young Chef competition, a motivation to restore my passion. My success in that competition took me back into the profession; thanks to this award I felt I was a chef again, a feeling that I had lost along with my senses of taste and smell.

In the year 2003 I found the key: research. It was essential to analyze the products in depth, to learn about their origins, their uses, their properties, their potential… The creative process, the fundamental part of my cuisine, was born—analyzing, reflecting, adopting different approaches.
Since then and thanks to a strong commitment by the R&D department, I have been gradually perfecting, season by season, my style of cuisine: pure, essential, without disguises.

Since then and thanks to a strong commitment by the R&D department, I have been gradually perfecting, season by season, my style of cuisine: pure, essential, without disguises. 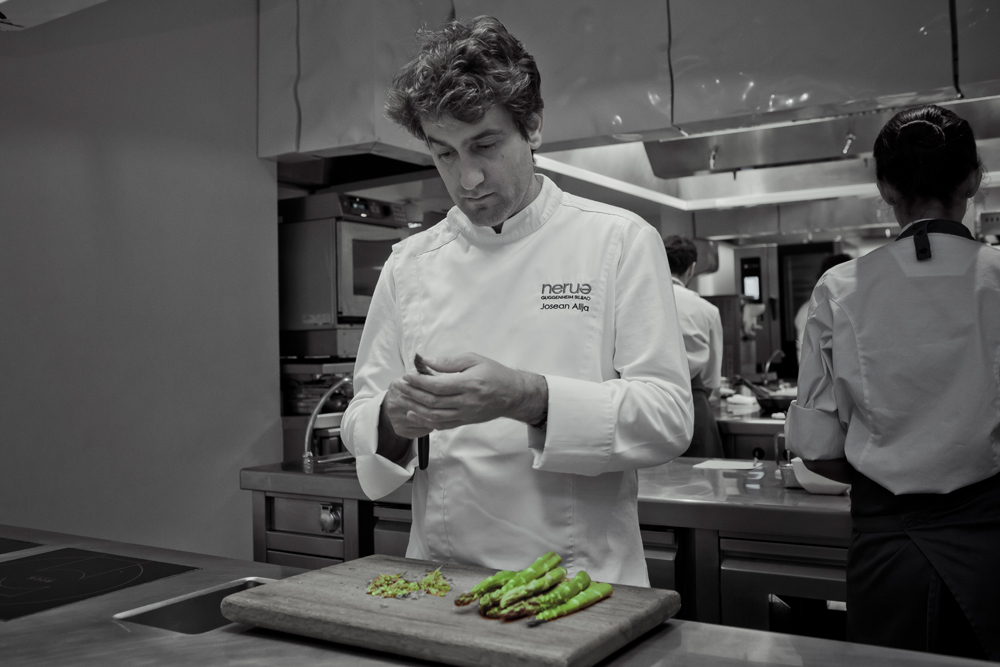 In 2011 I was able to fulfil my dream of having my own space. Juan Ignacio Vidarte, the director of the Guggenheim Museum Bilbao, faithful to his desire to offer a taste of Bilbao’s gastronomic culture, made the opening of Nerua a reality. It is a space designed for a complete and memorable experience. The experience invites us to reflect on and question every single thing. The steps taken in the creation of Nerua were captured in the documentary by TVE Nerua, el sabor de la Ría. (‘Nerua, the taste of the River’)

Our top priority is to share all the knowledge acquired during these years. This is what I have done with the publication of the book Muina (2013), with the documentary Nerua Guggenheim Bilbao, un viaje a la esencia (2014) and with my blog www.joseanalija.com, where I explain in detail the products we use, I talk about our experiences cooking in other countries, about the producers who make Nerua possible…

This determination to share knowledge has enabled me to participate in interesting projects such as Applications of coffee in gastronomy, a research carried out in collaboration with illycafé to analyze the organoleptic features of coffee and its introduction in cuisine as just another ingredient.

One of my emblematic dishes, White onion, cod and green pepper sauce, was the featured in a large exhibition at the Maritime Museum that highlighted the value of a product that is so appreciated in Bilbao: cod.

Since 2013 every week I have collaborated with the ON magazine and with the Onda Vasca radio station to talk in depth about the products I work with, in order to facilitate their use among the wider public.

In 2009 Alija is acknowledged as the Best International Chef by Identità Golose and one year later he received the Award for Conceptual Innovation.

In 2011, Nerua received its first star in the Michelin Guide and 3 Suns in the Repsol Guide.

The International Academy of Gastronomy also awarded him the Prix du Chef de L’Avenir in 2011 (The Chef of the Future Award).

In 2015, the prestigious magazine Restaurant included Nerua for the first time in its list of the world’s 100 best restaurants. In 2018, reaches position 57 in the prestigious list 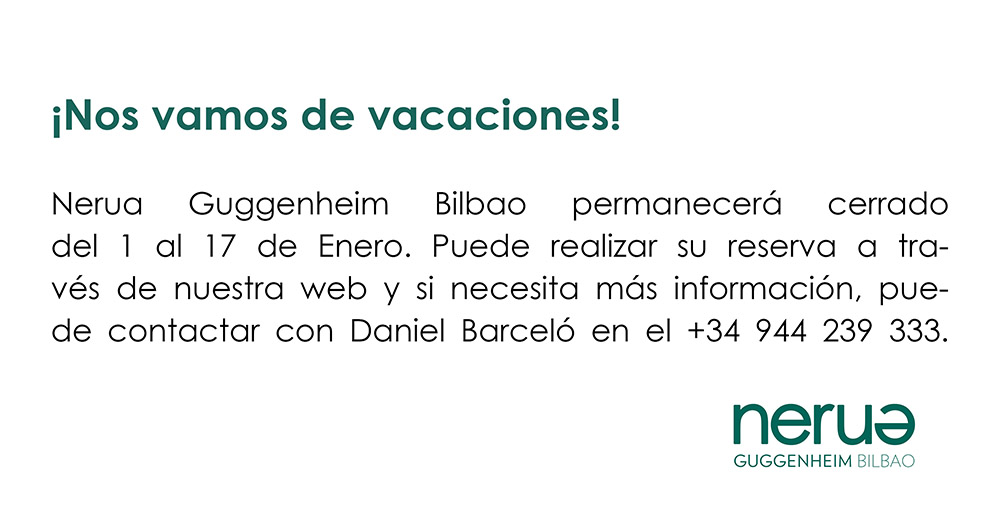 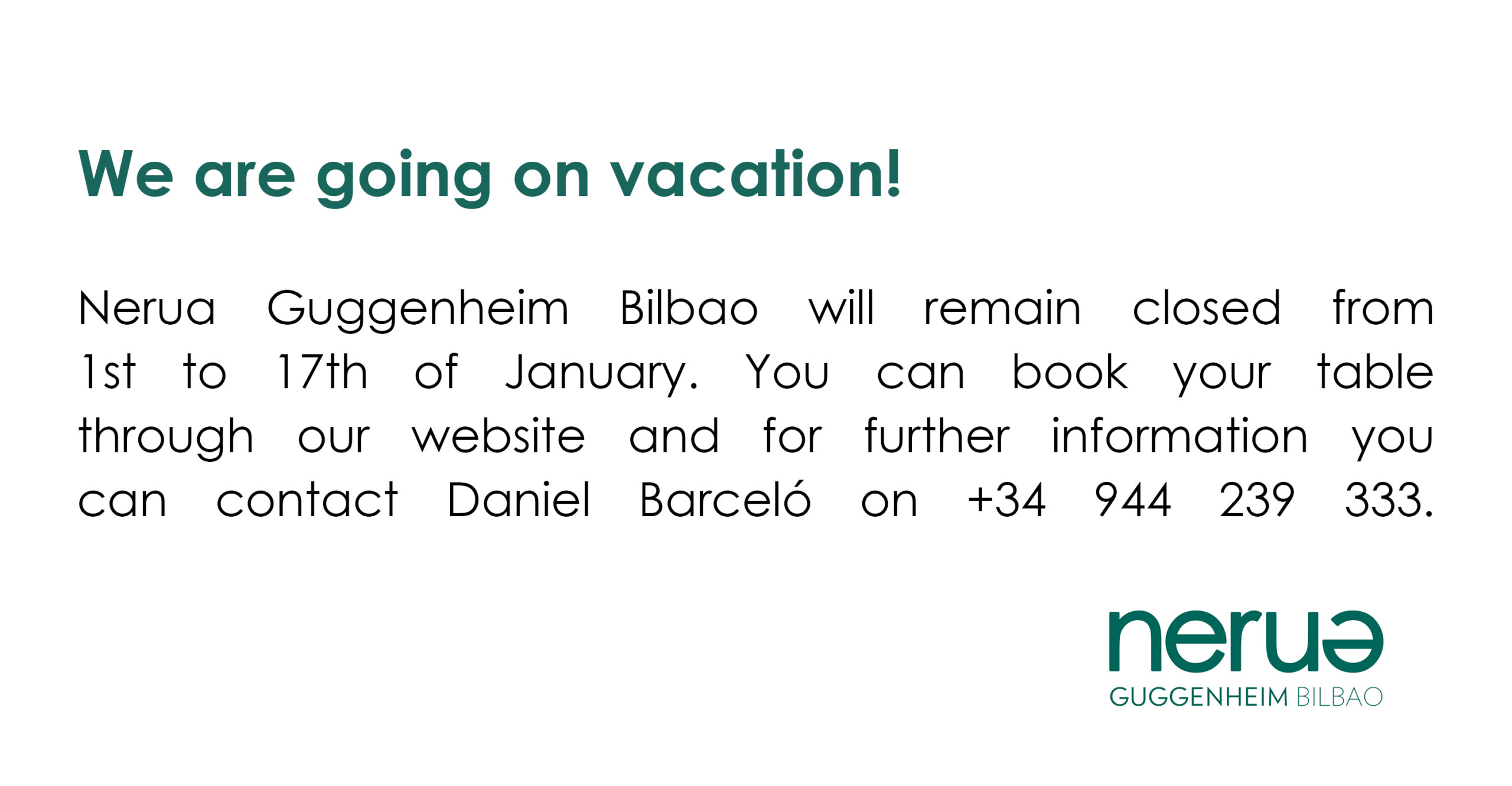 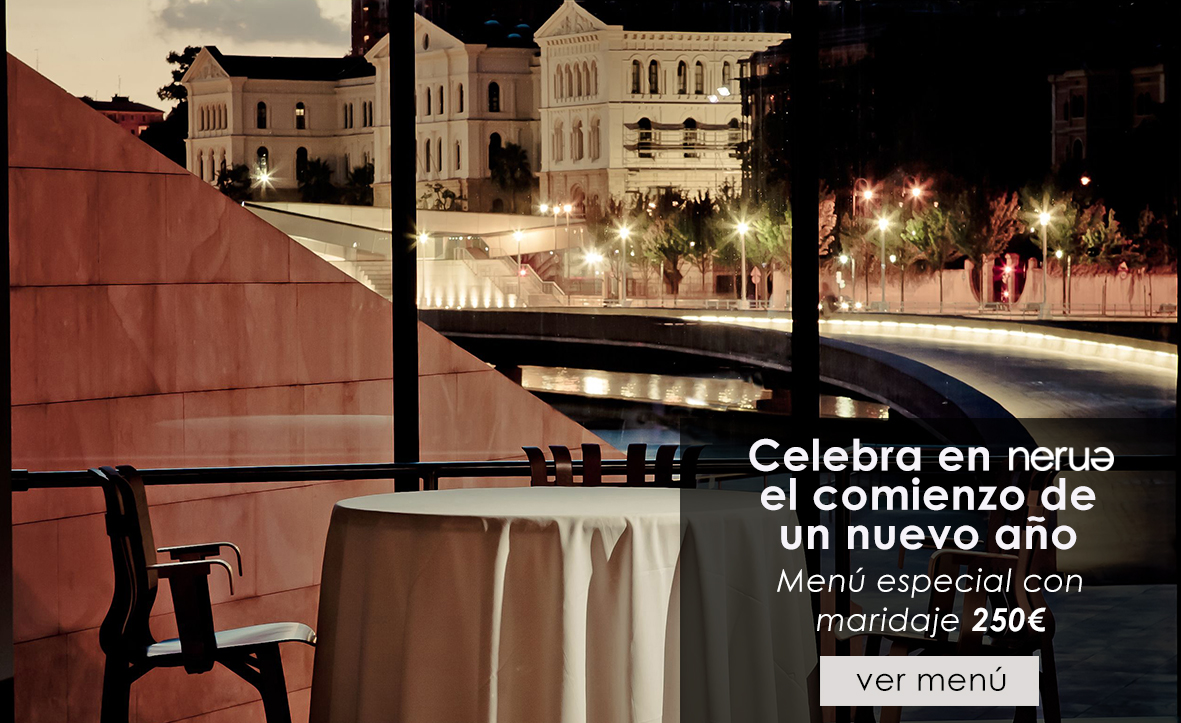